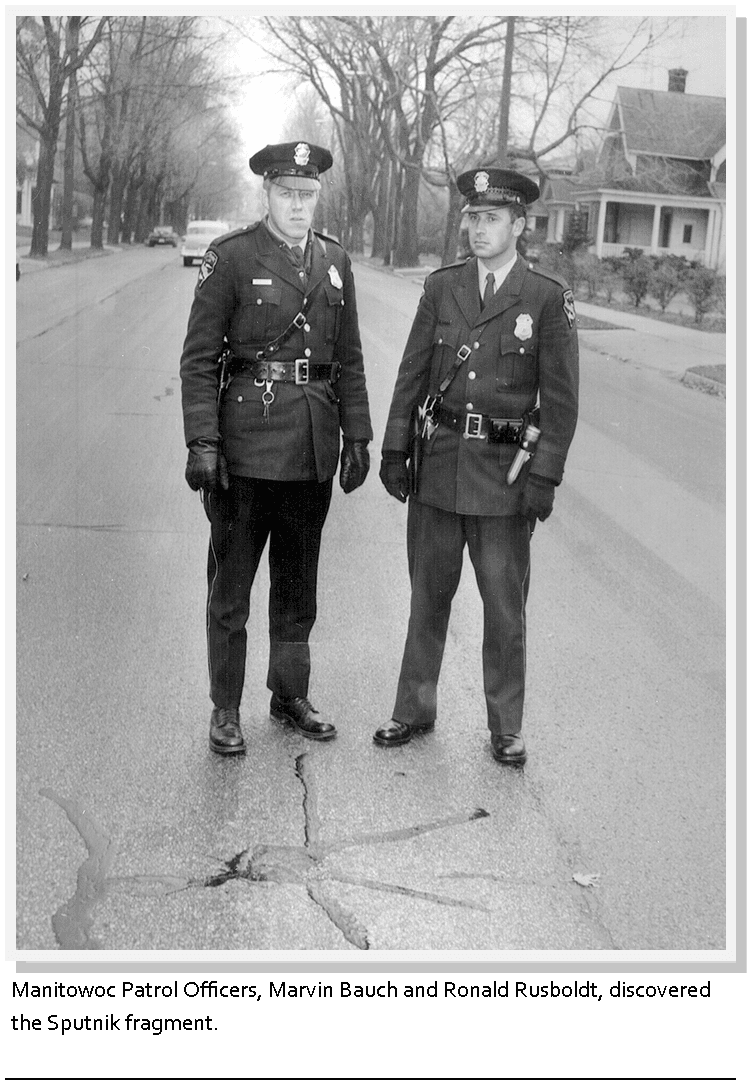 On May 15, 1960 Russian scientists launched a 5 ton spaceship known in the West as Sputnik IV. The Russian designation was Korabi-Sputnik I. It was the first Sputnik with a pressurized cabin and life support equipment – a test flight for the planned manned program. The ship carried a mannequin (nick-named Ivan Ivanovich) wearing a fully functional spacesuit. The Russians intended to recover the ship. In order to head off any panic should the ship be found by someone not familiar with the program, the following words appeared on the helmet in Russian: “Do Not Touch – Report Immediately to the Local Organs of Power” and the word “Maket” (dummy in Russian) was on a card under the faceplate.

One of the goals of the mission was to ensure that voice transmissions could be received from space. Concerned that those listening in would assume Russia had put a man into orbit they decided not to broadcast a recording of a speaking human voice. They were also concerned that if they used a song the assumption would be that a cosmonaut had gone mad and started singing. They settled on a recording of the popular Pyatnitsky Russian choir.

After four days of flight, the reentry cabin was separated from its service module and retrorockets were fired. A bug in the guidance system had pointed the capsule in the wrong direction, so instead of dropping into the atmosphere the satellite moved into a higher orbit.

A Piece crashes in Manitowoc

Transmission of temperature and pressure data from the erratic satellite continued until September of 1962, when the spacecraft began a slow plunge to Earth. At about 4:30 am Central Standard Time on September 5, 1962, a 20 by 8 cm piece hit almost precisely on the center line of North 8th Street, near the intersection of Park Street, in front of the Rahr-West Art Museum. The impact of the piece embedded it three inches in the blacktop pavement. Later, small charred fragments were found on a nearby church roof, but despite an intensive search, no other fragments of Sputnik IV were ever found.

Two Manitowoc patrolmen, Marvin Bauch and Ronald Rusboldt, discovered the fragment and turned it over to authorities. Officials at NASA and the Smithsonian Institute identified threads arranged in the metric system, and the detection of two minerals created by the heat and friction of re-entry: wustite and akaganeite.

When the fragment was first offered to the Soviets, they declined its return, but eventually accepted the piece in a quiet ceremony.

On September 17, 1963, the Manitowoc Common Council accepted two replicas of the Sputnik IV made by NASA. Two months later members of Lodge 516, International Association of Machinists of Manitowoc, arranged to permanently mark the spot on North 8th Street where Sputnik IV landed.

Two amateur radio operators, Italian brothers Achille and Giovanni Battista, claim to have intercepted transmissions which they believe originated from Sputnik IV. The signal appeared to be a distress message, coinciding with the failure of the spacecraft on reentry. It has led some to suggest that the spacecraft may indeed have been manned. In addition to a repeated SOS, they recorded what they believed to be the racing beat of an over-exerted heart (the hearts of all astronauts are monitored automatically) and sounds of labored breathing. The brothers took the tape to a heart surgeon who said it sounded like the heart of a dying man.  Though many dismiss the recordings as imaginative interpretation of static or outright hoax, the brothers are well-respected and considered to be of impeccable character. Later, Achille was a cardiologist and Giovanni assisted Italian police with phone-tapping in criminal investigations.