We Salute Our Fallen Officers

On June 11, 1932, around 2:30 a.m., Officer Mueller observed a suspicious vehicle parked near N 10th and York St. Mueller identified two brothers: Fred and Wendlin Walters. An altercation took place and Officer Mueller was shot in the left leg by Wendlin Walters. Mueller died on July 5, 1932 from an infection caused by the bullet. Three operations were unsuccessful in saving his life.

The Walters brothers fled to the State of Kansas, and it took over two years to make their arrest. In April of 1934, they were convicted in Mueller's death. 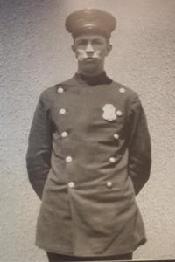 On February 25, 1976, around 7:00 a.m., Officer Metsker was responding to a vehicle accident. Near the Little Manitowoc River on Waldo Blvd., Metsker lost control of his squad car, and collided with a tree. He died of injuries from the accident, and was laid to rest at Evergreen Cemetery on February 28, 1976.

Officer Metsker was born August 22, 1947 in Oklahoma City, OK. After graduation from high school, Metsker joined the U.S. Coast Guard, serving in Michigan and Wisconsin. On March 31, 1975, he resigned from the Coast Guard and was hired as a Manitowoc Patrol Officer. 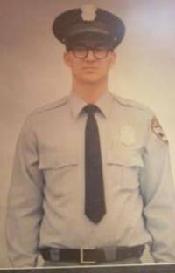 On September 23, 1998, around 11:30 p.m., Officer TenHaken stopped a vehicle being operated by Jason Halda, near Johnston Dr. and Reed Ave. Inside the vehicle were Michael Watts and two female juveniles. Officer TenHaken was outside his squad car when he was shot numerous times by Halda. Officer TenHaken later died from his injuries.

Halda and Watts were later captured just before 3:45 a.m. on September 24, in Sheboygan County after fleeing the Manitowoc area.

Both Halda and Watts were convicted and are serving life sentences in Wisconsin Prisons. 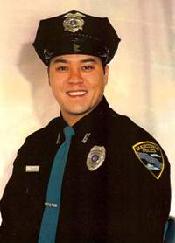 Manitowoc County Law Enforcement agencies hold an annual memorial service in May for the 7 officers who sacrificed their lives. We salute these fallen officers for their heroic efforts. 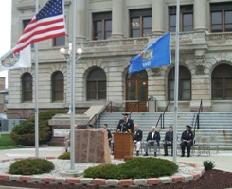