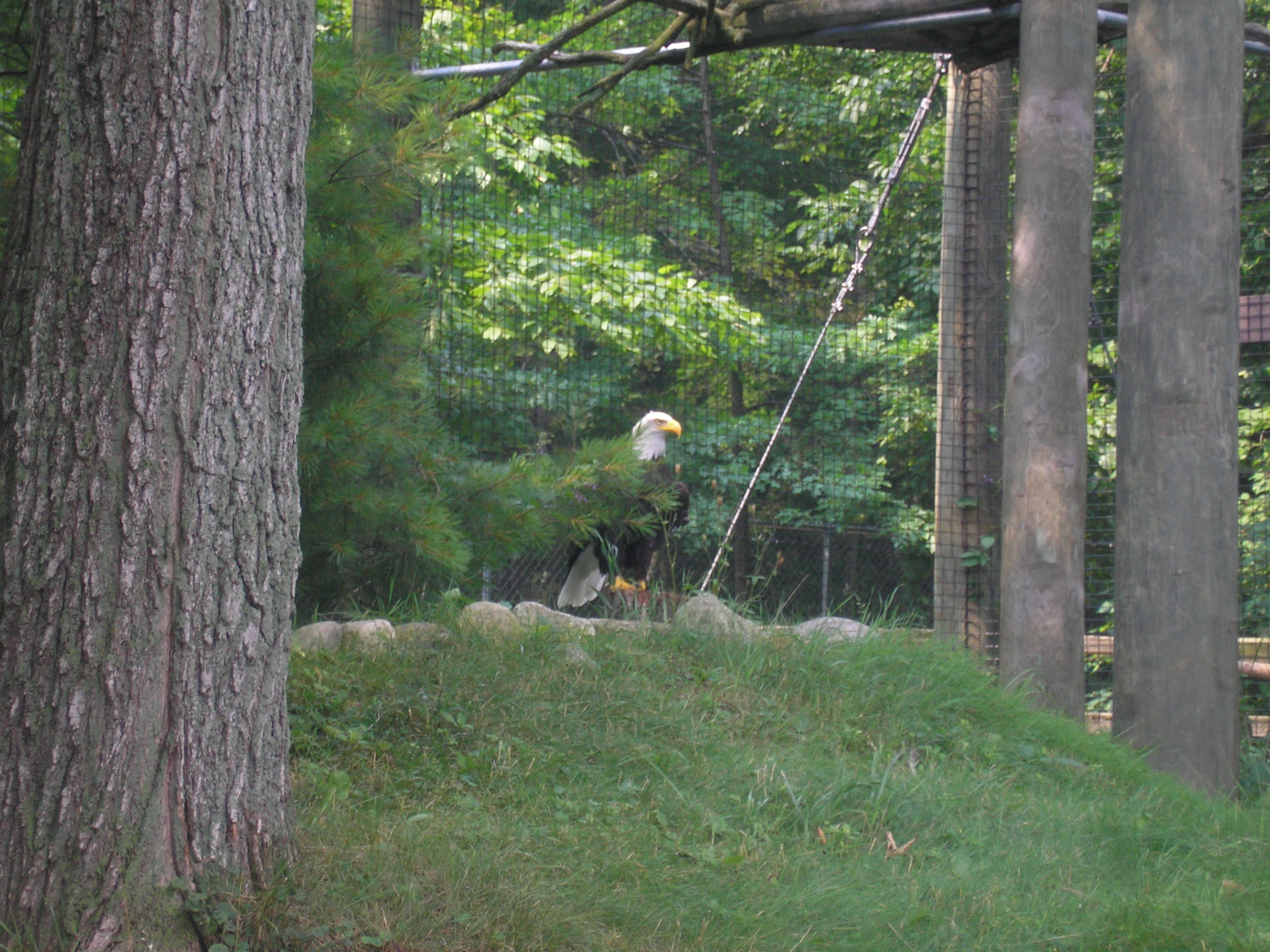 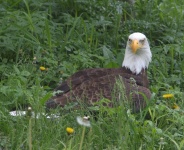 The zoo received Liberty the bald eagle in September 2010. She was donated from the Bay Beach Wildlife Sanctuary in Green Bay, Wisconsin where she spent some time in their rehabilitation facility after being injured in the wild. Her large cage lets her fly short distances but she would not be able to survive in the wild with her damaged wing..

Persecution and pesticides such as DDT have taken a toll on the bald eagle reducing their numbers from 300,000 in the 18th Century to 412 nesting pairs by the 1950's. After being placed on the Endangered Species List and the banning of pesticides like DDT their numbers rebounded. The bald eagle was de-listed from the Threatened and Endangered Species List in 2007. Now the bald eagle is protected under the Migratory Bird Treaty Act, the Bald and Golden Eagle Protection Act, and the Lacey Act.

The bald eagle is still threatened by electrocution, collisions, and illegal hunting.


Jackie was the first American Eagle we had at the Lincoln Park Zoo when we originally opened.  Upon Jackie's death, she was preserved and kept off site.  Recently found, Jackie was returned to the Lincoln Park Zoo and is kept on display in the Education Building for educational purposes and your viewing pleasure.
Property Records
Committee Agendas,
minutes, & videos
Municipal Code
MAPS
oNLINE rESERVATIONS
& rEGISTRATIONS
jOB OPPORTUNITIES
[]