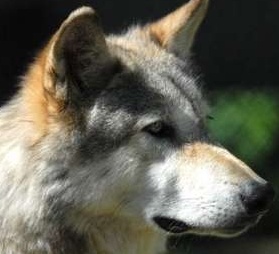 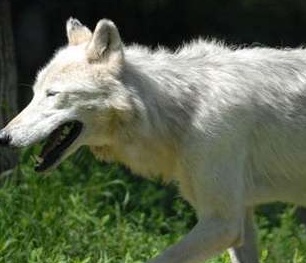 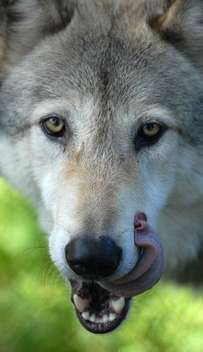 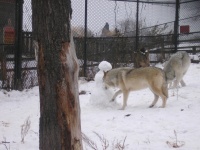 Keeley, the attention loving female, and Nuka, the standoffish male, were born in the spring of 2005. They have made their home at the zoo since 2006 on loan from the Wildlife Science Center in Lake Forest, Minnesota.

Federal and private poisoning of as well as hunting and trapping once pushed the grey wolf to the brink of extinction. Due to protection and education of the public their numbers have rebounded to a level where they have been de-listed from the endangered and threatened lists.

Threats to the grey wolf population include the fragmentation of their habitat and hunting by the Federal Government and private individuals to reduce its numbers that compete with humans for prey animals.