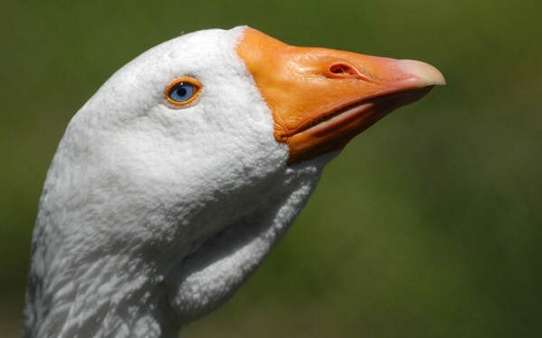 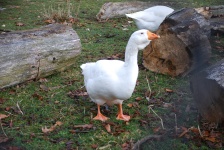 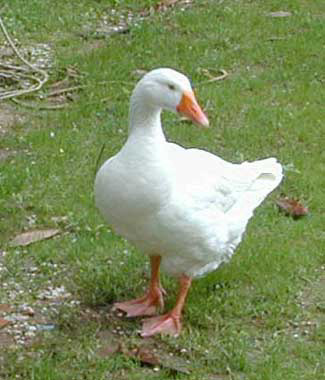 The zoo's two sets of geese were both donated. The white Chinese Geese named Mulan and Shang came from the Wisconsin Humane Society in Milwaukee, Wisconsin in 2010. Gooser and Mrs. Gooser the Embden Geese came earlier and was a bit of a shake up when the new residents came to call the yard home.  Now everyone gets along and knows their place in the waterfowl hierarchy.  We also have a Toulouse Goose named Jimmy. The Toulouse is a breed of domesticated goose originating near Toulouse, France. It is a large bird, with a weight of up to 9 kg, and is known for its ponderous appearance and large dewlaps.

The zoo's geese are domesticated breeds and are not in danger of becoming endangered.

There are no threats to the population numbers of these domesticated geese.